And the procedural approach to creating vegetation in Houdini

The development of “Procedural Florals”

The artwork was produced in Houdini with the use of scattering systems, Phyllotaxis and a bunch of differently developed L-systems.
The hexagons that defines the base of the floral composition was developed with a Copy-to-points node on shaped geometry, adjusted with a random “pscale” attribute.
A few photoscanned assets were added to give some spice of nature to the scene.
Here we will look further into a few of the L-systems used in the artwork. 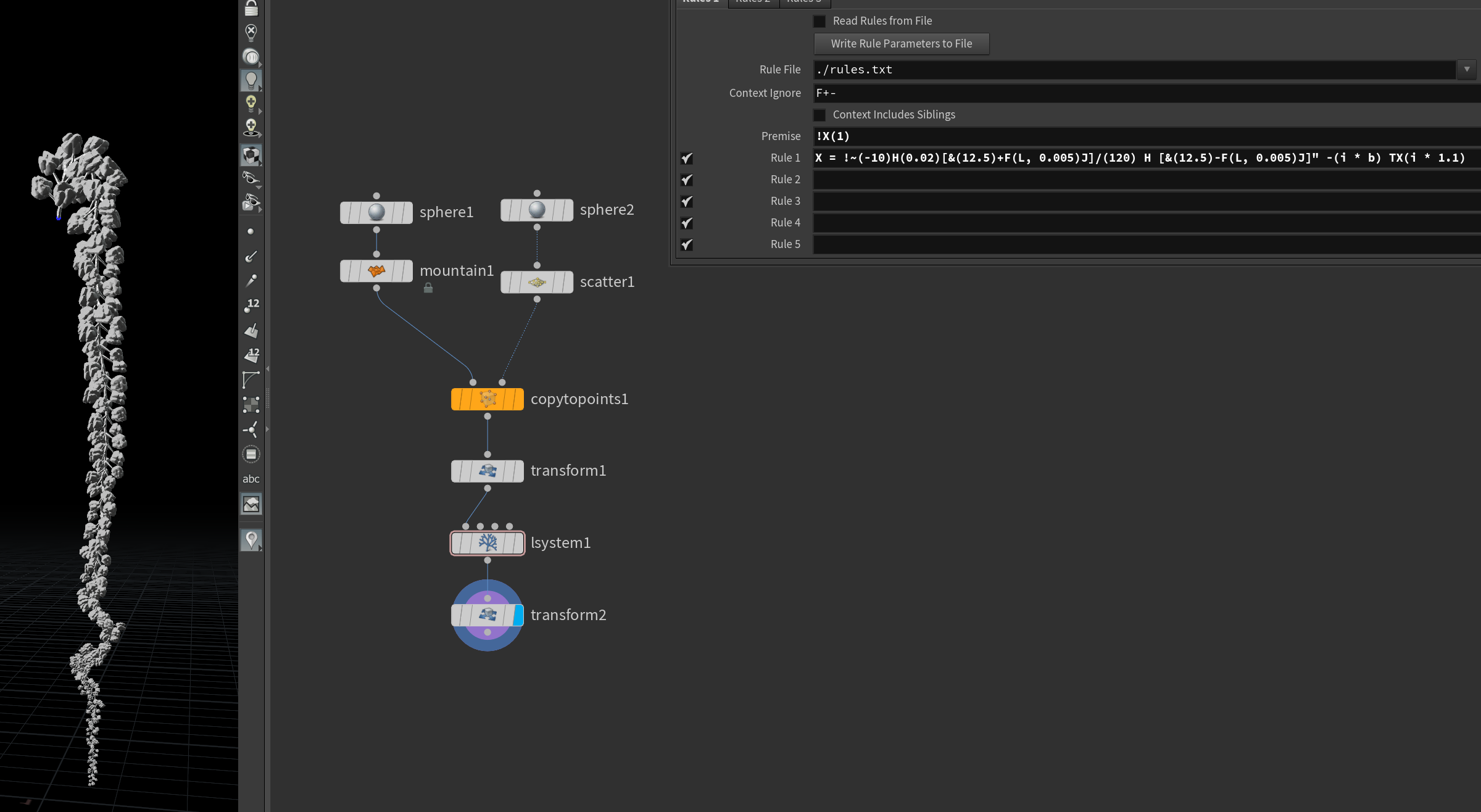 The hanging plants were partly developed with the help of the great tutorial series on foilage generation by Rick Banks on Youtube.
The gravity parameter and the “b” parameter (representing noise in the main branch). This allowed for an easy change to each individual plant on top of changes to generations in the L-system and step scale.
The flowers were developed with a simple copy-to-points system with deformation to the polygonal spheres.

3 different shapes of moss were created in each their color to establish a realistic looking clump of moss.
The two first were standard L-systems with slight modifications to the branching angle, where the points from the L-system was fed into a Resample node to then be slightly affected by a noise, which gives a bit more crumbly look.
The second type was a duplicate with adjustments to size and branch length. These first two types were scattered over an object, driven by a procedural noise map. That approach allowed for easy direction of a matching blend between their colors and general fill on the surface of the object. For the look of a greater variation, the third type was larger than the two others, and stood out in clearer detail. This had an entirely different shape and can be seen on the image to the right. 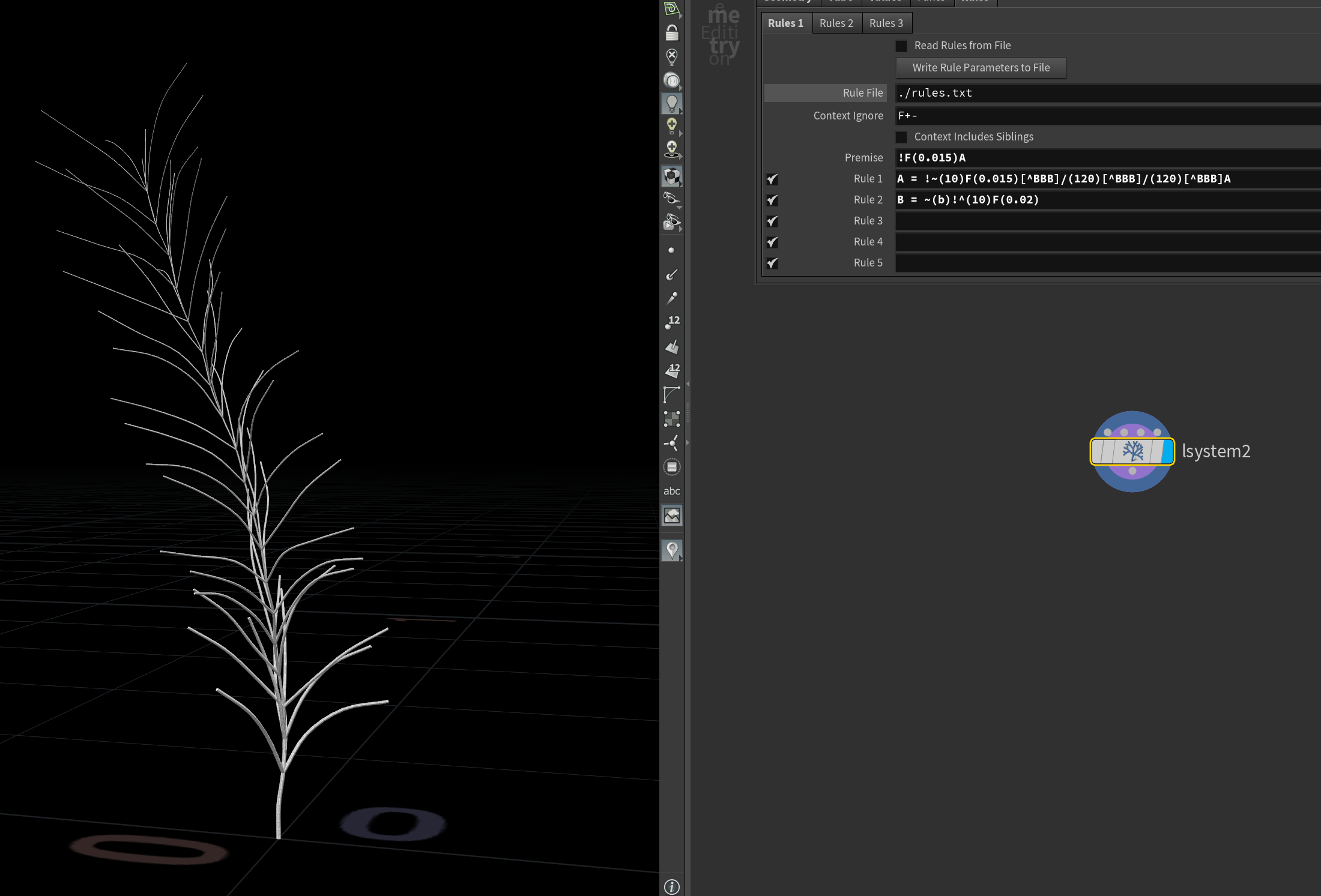 Through the development phase, many shapes were tested with various rulesets.
The examples below are different tests that turned to be useful as references and starting points, when trying to develop a particular look of a plant. 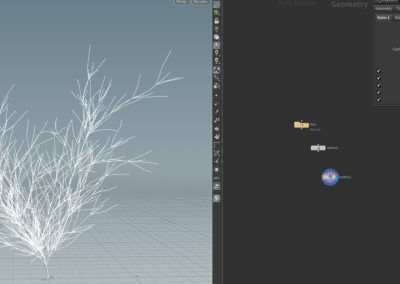 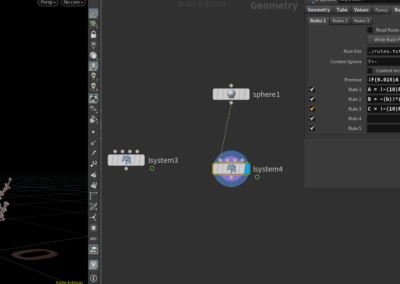 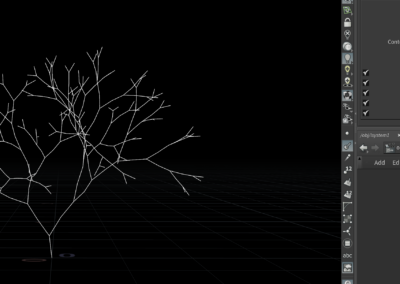 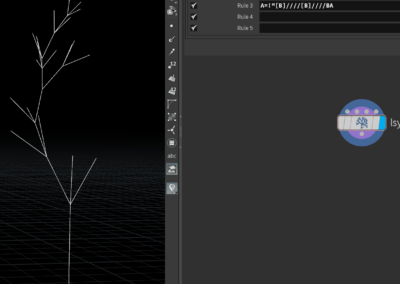 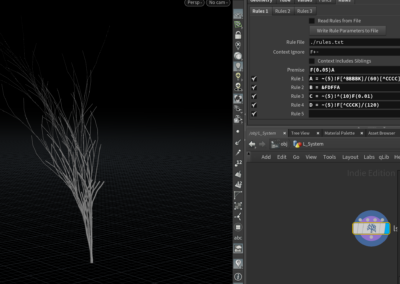 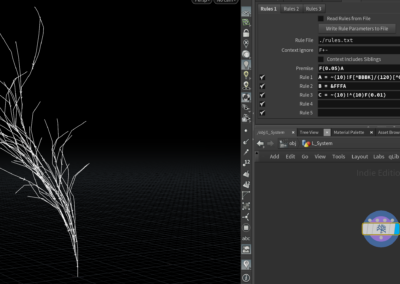 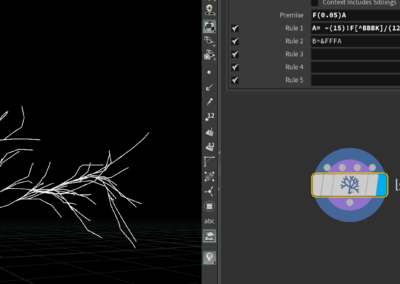 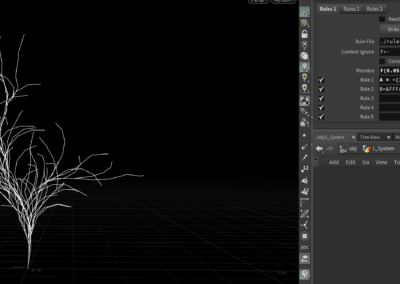 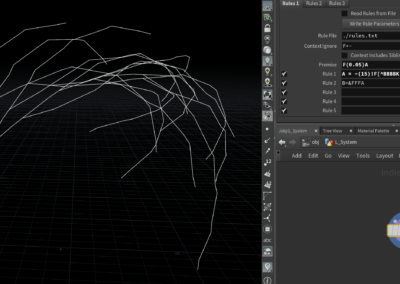 Write a message here or send an E-mail to Anders@Skaarup3D.com
Skaarup3D would love to hear your ideas for a project!